On a recent trip home, my mother pulled out a stack of family photographs she had recently received in the mail from her sister in California.  Although there were only a handful of worn, faded, and creased images, the pictures had an immediate, visceral effect on me - there was my grandmother, who I had never really known - standing in Central Park on a winter day.  Her flapper-style outfit, fur coat and all, immediately places her in the 1920's, when she was studying at the Academy of the Dramatic Arts on Madison Avenue. 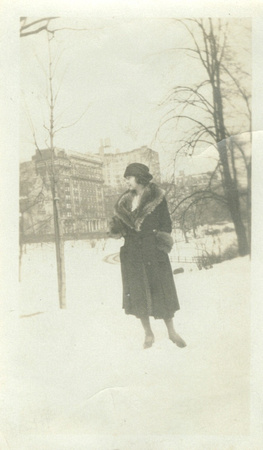 Could she have  imagined that eighty years later, her grandson would be a tour guide in the Park, and would pass by the Academy nearly every day?

The photograph gave me a deeper connection to my grandmother in the moment it took me to view it than I had ever felt in my first forty years.  And from nearly no memory of her (she died when I was young) I suddenly had a lasting image that I doubt I will ever forget.  And whenever I walk through that part of Central Park, I will think of her on that cold winter day in 1926.

As I write this, the Chicago Sun-Times has just laid off its entire photography staff.  We'll just have the reporters take pictures, they said. And while the news is not shocking by any means, it is sad.   Among those let go was Pulitzer Prize-winning photographer John H. White.

Now, the photograph of my grandmother is by no means Pulitzer-Prize-winning in quality, nor was it likely made by a professional.  But the argument made by the Sun-Times - that non-professionals will now be responsible for documenting the most important events in that city - is a similar one to what family and portrait photographers have been hearing for years now - why pay a professional when an amateur - mom or dad, say - can do a "good enough" job?

And certainly, some of the most lasting, precious images of your children will be the ones you make yourself.  And that's why I always strive to educate my friends, family, and clients on how to make their own pictures better.  But the reality is that, too often, other responsibilities get in the way of making truly lasting images. 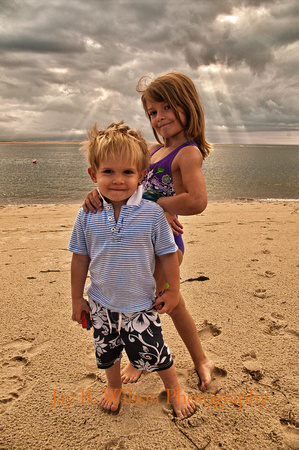 The Sun-Times reporters will report first, the photographs an afterthought. Parents have enough going on - with full time jobs and after-school activities and planning meals -  to truly spend enough time mastering the craft of photography or even to spend enough time practicing it.   And when they do make a photograph worth keeping, it's too often left on a memory card or gets buried deep within a Facebook timeline, never to see the light of day.

If you want images you'll want to frame and put on your wall for all to see, photographs that will be handed down to future generations, pictures to last a lifetime and beyond, then hiring a professional is still the way to go.  He or she can capture those moments that otherwise will pass by before you know they're gone.  And create memories, really, to supplement the fading ones down the road, or bring a connection where none existed before.