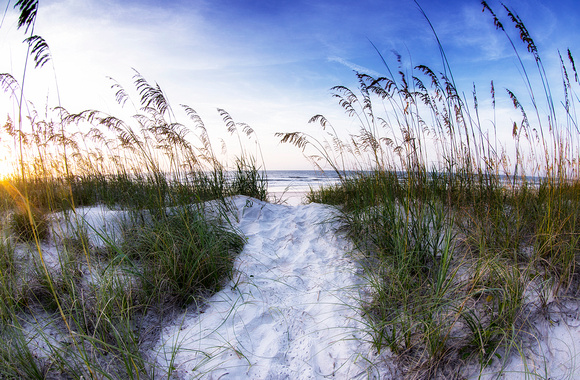 Figure Eight Island, North Carolina, sits just northeast of the growing, vibrant city of Wilmington.  A private, residential island, Figure Eight has no commercial structures, and is accessed via a gated bridge over the intercoastal waterway.  I've been fortunate to travel to Figure Eight for the past several summers, and I'm constantly finding new photographic inspiration there.

One of my favorite spots is the north end of the island in the early morning, especially at low tide. Walking quietly along one of the high-numbered beach paths (I like #30), one comes to a row of dunes, and up and over to the ocean.  (See the photo above, which was taken just after sunrise).

The north end is where the ocean meets the sound, or intercoastal waterway, which divides the island from the mainland of Wilmington.  At 7am or earlier, there is rarely another soul around, just crashing waves breaking left towards the sound, or right, against the gorgeous white sand beach, which glows gold in the low, early light.   I walk quietly, interrupted by, (or perhaps, interrupting) the occasional ghost crab.  My favorite moments are when a pod of pelicans appears, swooping low across the waves.  Pelicans are magnificent and tough - nobody messes with them, and despite their awkward appearance, their grace in those early morning hours, skimming the breakers, is a sight to behold. 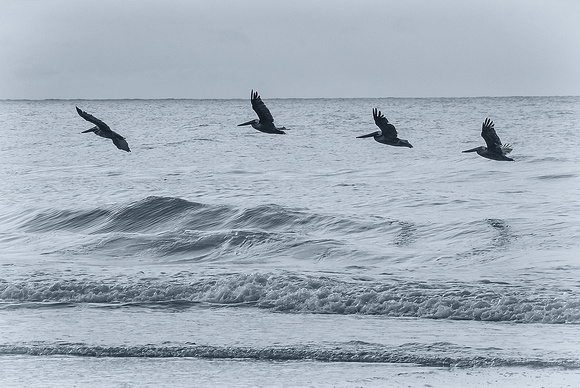 The only thing better, in my book, than a quiet, gentle sunrise at the north end of Figure Eight is a stormy, dramatic morning anywhere on the island. A couple of years ago, a massive thunderstorm passed in the early hours, and when I got out to the beach, it was just offshore, creating an epic, almost extraterrestrial, feel on the beach.  I made the following photograph, "Higher Power" that morning.  Again, the low tide certainly helped this image, as the reflection of the storm clouds reflected beautifully off the wet sand. 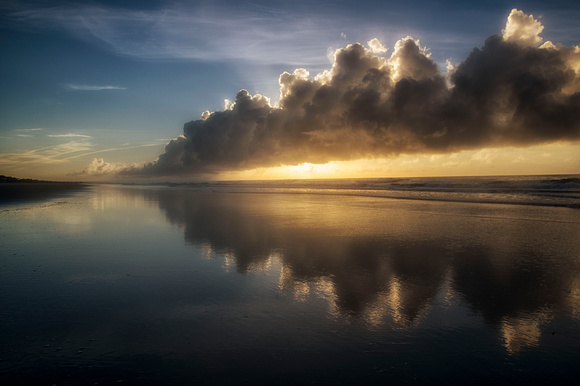 While the storms are visually arresting, they certainly pose a threat to this low lying island, which has had it share of damage during hurricane season.  Almost every home is built on stilts, which serve as protection, and also elevate the views of the ocean and sound.  Still, one comes to Figure Eight for the sun and the surf, and a more perfect beach is unlikely to be found on the east coast.  Miles of white sand, dotted only by the occasional Shibumi Shade are perfect for biking, volleyball, and surfing.  And despite the summer heat, the steady ocean breeze means being on the "ocean side" is always a pleasurable way to spend the day.  The following image captures that feel. 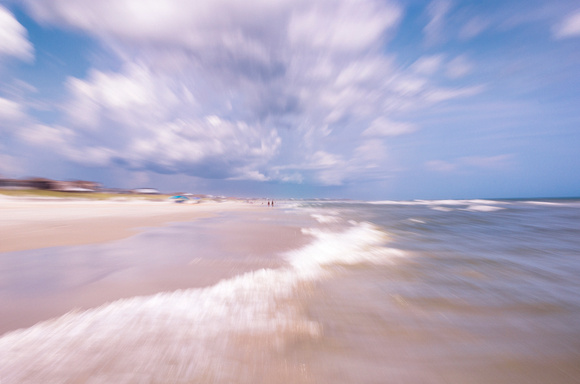 Another nice spot in the early mornings is by the docks of the Figure Eight Island Yacht Club, the only "commercial" establishment on the island. The yacht club boasts a pool, a lovely restaurant and cafe, and a basketball court.  Bingo nights at the club are popular with the kids.  But I like it for those early mornings when the sound is still and the boats are at rest.  On one such morning, I made the following image, which I titled, "Break on Through". 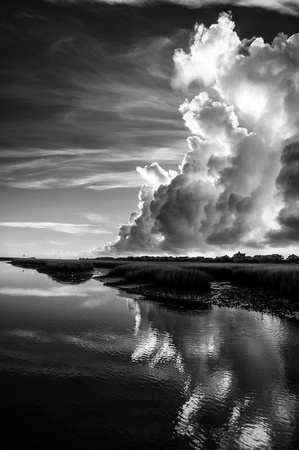 As the sun begins to set on Figure Eight, it illuminates the many tidal pools found on the sound side, among the marshes, which I find visually arresting in the golden light. 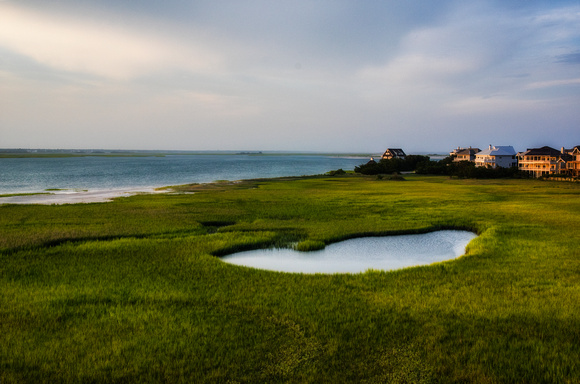 Sunsets on the sound side of the island are stunning, but it's after dark when Figure Eight gets quiet again, and I often walk along the beach until it's too dark to see.  The warm glow of a lit window just behind the dunes gives a sense of home and security against the pounding surf. 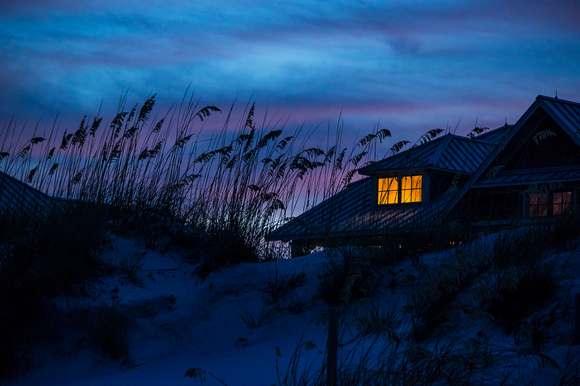