Condemned Behind the Lens 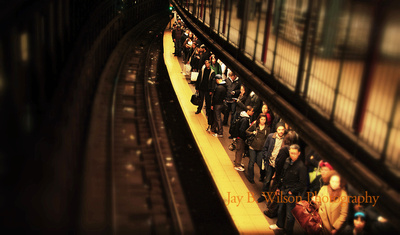 New Yorkers have been in an uproar over the front cover of the NY Post yesterday, which I intentionally will not show here, and what it tells us about that tabloid’s editorial staff, the photographer who made the image, and about ourselves.

I refer, of course, to the now infamous incident in which a man was pushed onto the subway tracks at the 49th Street Station during an altercation, and was subsequently hit and killed by an oncoming train.  The image, which shows the victim, Ki-Suck Han,  staring helplessly at the train, has become a bigger story than the tragedy itself.

There should be no room for debate about the actions of the assailant, nor of the Post’s editors, who chose, in the name of sensationalism, not only to publish the image, but to pair it with the grotesque headline “Doomed: This Man is About to Die”.

Both are to be condemned outright.

But what of the photographer, R. Umar Abbasi, who shot the image?  Was he, as some have insinuated, culpable in the vicitm’s death?  Was he so callous as to care only about getting the shot, and potentially selling it for profit, rather than exerting his efforts toward helping the poor man struggling to escape the tracks?  Or was he, as the Post dubiously reported, simply trying to warn the train’s driver of the impending danger by firing his flash?

The latter explanation seems contrived – a post-meditated defense of inaction, or rather, the wrong action.   From a logistical perspective, it would seem that, if Abbasi was only trying to send a signal, he would have been better served by firing his flash’s test button repeatedly than by actually pressing his shutter release, an incrementally slower action.

No, I don’t think that’s a valid explanation.  But that conclusion is made with hindsight and a clear head, two things not available to the photographer at that moment.

My educated guess is that he reacted to a rapidly escalating situation as any good news photographer does – by documenting it.  And I would also guess that, in the back of his mind - if anything was there at all - was the split second thought that he might document a miracle – a rescue, a tragedy averted.   A hero like Wesley Autrey leaping in to save the day.  That would be fulfilling work.  And if that had happened, he'd be on Letterman or Piers Morgan right alongside our hypothetical hero.  "What an amazing image to capture!  What quick thinking! What technical skill!"

But that’s not how it went down.  And now the photographer, rather than the recorder of a miracle, is the focus of our ire.

It is, of course, possible, that all of the vitriol is deserved, that he coldly focused on the helpless man – framed his shot, and fired away, knowing exactly how it would end.

But what about the others on the subway platform?  The now-infamous image shows an empty scene – not a person in sight – in Times Square.   Surely they cannot escape our outrage – or can they?

They’re anonymous.  Nobody knows who they were, what they were thinking, what they were doing in those critical moments.  Were they running away?  Averting their eyes? Were they too, taking photos with their cell phones?  Photos that are now deleted, or stored away in shame?

Ansel Adams famously said “There are always two people in every picture – the photographer and the viewer.”   In this case, there were three.  But the photographer, whose presence was frozen in that image as surely as the victim’s, cannot escape our anger, because we know, from the simple existence of the photograph itself, exactly what he was doing as that train barreled down.