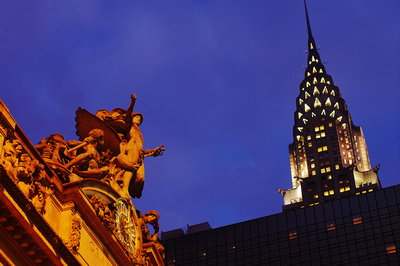 Grand Central Terminal.  First, let's get the nomenclature out of the way.  It's a "terminal", not a "station."  Why?  Because all of the trains that it hosts are either beginning or ending their journey there.  Unlike Penn Station, which is merely a stop along the Northeast Corridor for Amtrak, Grand Central itself is the destination - trains don't run "through" there.

Of course, folks still call it a "station" and indeed some of the most famous references to it, including this incredible song from Mary Chapin Carpenter, do just that.  But enough with the nitpicking - let's talk about the Terminal's beauty. 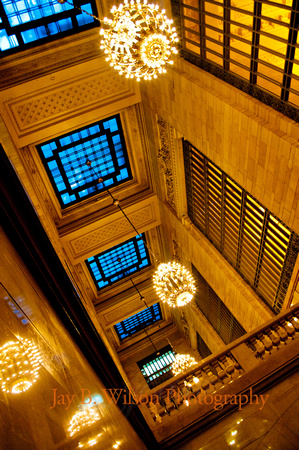 A masterpiece in the Beaux Arts style, Grand Central was completed in 1913, and remains largely unchanged today.  Yes, it went through some down periods in the sixties and seventies, when advertising filled the Main Concourse, historical details were covered up by ugly commercial uses, and the building itself was nearly demolished - only to be saved by the Supreme Court in 1978, after years of dedicated work by Jacqueline Onassis and other New Yorkers passionate about saving the building.

After an extensive renovation was completed in 1998, the Grand Central we know and love today was reborn.  And it's that sense of rejuvenation that makes arriving at Grand Central every morning such an energizing event for me, personally.  I hear the same from others - no matter what mood you find yourself in - arriving on the Main Concourse may not make you suddenly happy and carefree, but it will damn well inspire you to keep your chin up, stride a little faster, and feel just a little more confident to face the day ahead.

Some of my favorite little aspects of the Terminal include the single dirty brick in the northwest corner of the roof of the main concourse - left as a reminder of how deeply the building had fallen into disrepair before the renovation.  Zaro's Bakery - with multiple locations throughout the building - makes the best New York pretzels anywhere in the city.  The whispering gallery is a marvel of acoustics, and well worth looking like a tourist to demonstrate to friends.  The Oyster Bar exemplifies the feeling of "old New York" - be sure to sit at the Oyster Bar itself (versus a table) to get the full effect. 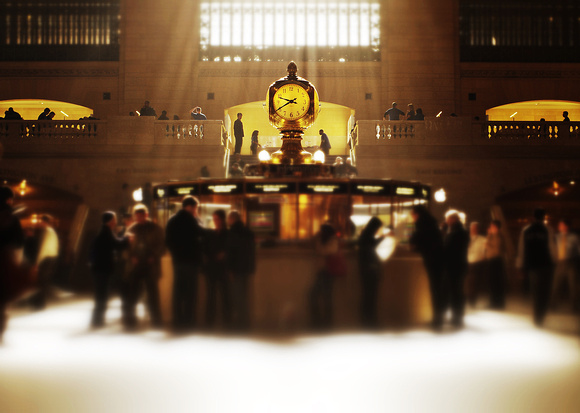 But most of all its the people - thousands upon thousands, from all walks of life (although a majority from Westchester and Connecticut, so I guess it's not all that diverse), striding across the cavernous expanse in a thousand different directions, managing only rarely to even brush so much as an elbow with one another.

The organized chaos against such a majestic backdrop is unparalleled in this city or beyond.