From Pixels to Paper: Making a Photobook from your Instagram Images 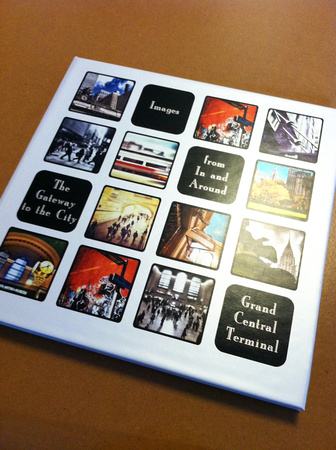 One of the less positive consequences of the rise of digital photography has been the lack of correlation between the volume of photos being made and the prints of those images.  The increased accessibility and affordability of photography, through point-and-shoot and camera phones, has made casual shooters out of most folks, but often the hundreds of images they take of their kids, vacations, and friends wind up sitting on a memory card – often shared, but seldom taken to the final step – a photographic print.  And certainly, sharing your images on Facebook or Instagram brings them to a wider audience, and probably brings more pleasure (or annoyance, depending on your point of view) to friends and relatives than a single 4x6 print from the neighborhood drug store ever would.

That said, the increased interest in photography has also brought increased skill sets from photographers of all levels, and the most pure way to view some of your masterpieces is on paper – especially if it’s nicely matted and framed.  So I’ve always admonished casual photographers to get those favorite images off of their memory cards and hard drives, and onto their walls, where they can bring visual delight on a daily basis.

So, I’ve always been a big fan of the print – whether a 5x7 in a tabletop frame, or a 16x20 of the kids hung on the living room wall.  Back in 2003, when I was interviewing wedding photographers for my own nuptials, I got into a discussion with a well know photog from Brooklyn, who recommended a little shop down in New York’s Photo District called Adorama.  “They’ve been doing really nice work lately,” he commented.  And thus my nearly ten-year relationship with Adorama began.  Now the lab is known as AdoramaPix, and you don’t need to live in NYC to take advantage of their quality and pricing – they’ll ship anywhere.

You’ve probably begun to see photobooks – a collection of images printed on photo-quality paper and bound, popping up in places beyond the traditional wedding album.  Everyone from Kodak to Costco makes them now, with varying degrees of quality.  Regardless, they’re an excellent way to bring your photos to the printed page in a  fashion that is not only impactful, but portable and durable.

AdoramaPix has been making great photobooks for a while now – I’ve used them for wedding albums and Mother’s Day gifts in particular, so when they launched a new book format, specifically geared towards mobile phone pictures, I was excited to check it out.  An iPhone holdout for quite some time, I finally got hooked on the device’s camera, and social photo sharing  through Instagram, at end of last year.  Hundreds of photos later, I still didn’t have a convenient way to preserve and showcase those images, and a photobook seemed like a great idea.  That said, I was also a bit leery – what looks great on a backlit, 2” x 3” iPhone screen isn’t necessarily going to look so hot in a larger, printed format, especially after going through some of the myriad Snapseed and Instagram filters I use.  When an iPhone photograph is enlarged, even to the 8” x 8” suggested size of the special “Cameraphone” templated book from AdoramaPix, it may start to deteriorate in quality, I suspected.

But, I gave it a shot.  You can easily upload your iPhone photos from Instagram and other apps directly to AdoramaPix from your Camera Roll.  The photos then appear in a bin, where you can easily drag and drop them into the pre-formatted “Cameraphone” template provided by the online tool.  You can, of course, customize the format of each page – from a single image to a multi-image collage, but for the most part, I liked the suggested format and stuck with it, making only minor tweaks here and there. 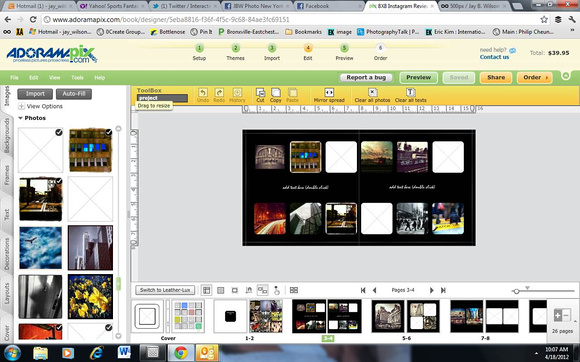 That’s one of the nice things about the AdoramaPix photobook platform – you can make it as easy or complex as you like.  I’ve seen some pretty impressive examples of other photographers’ photobooks on AdoramaPix’s online community, and I’m guessing these required quite a bit more effort than I put into mine, which was designed around a them – “Images from In and Around Grand Central Terminal” – a building I pass through multiple times a day.

There were a couple of hiccups along the way – at one point, a handful of the images I had uploaded from my iPhone disappeared – turning blank, which caused me a bit of a panic until I contacted customer service and got an immediate reply with the suggestion to clear my cookies and temporary files in my Chrome browser and refresh the page, which worked just fine.   Another tip – many Instagram filters include borders or frames, so you may want to arrange images with similar borders on the same page spreads, otherwise they can look a bit unbalanced.

The turnaround time for photobooks is often promised at 3 or so business days, but after submitting my order, my book was complete the next day, and ready for pickup at the shop on 18th Street.  As mentioned before, they also ship nationwide, but a trip from my office in midtown down to the Flatiron District is always welcome, and it gives me the chance to ogle some of the latest camera gear on display. The book itself came out really nicely – what I would expect from AdoramaPix, but also assuaging my concerns about image quality from the iPhone.   You can check out an

online version of it here (an added benefit for sharing with others) or see some of the photos of it below.

Again, I feel strongly that printing your best images is essential to getting the full benefit of your newfound (or rekindled) interest in photography that’s been sparked by social media and mobile phone cameras.  Don’t just let those images sit there, on your memory card or on Facebook’s servers, and fade into the digital history books – make a real book out of them, something that, if well printed and constructed, can literally be handed down from generation to generation.  God knows what will happen to Instagram in five years, let alone fifty, but you can bet your photobook will still be around to share with the grandkids. 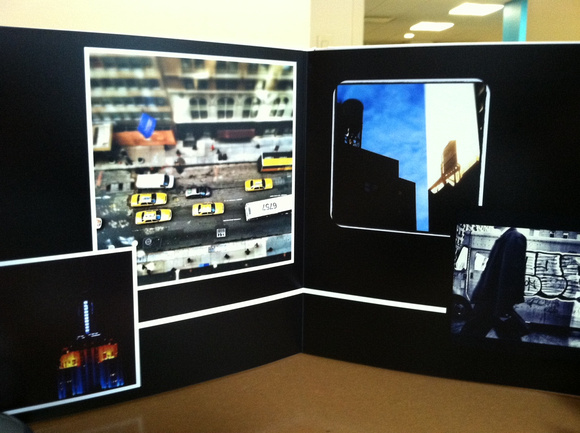 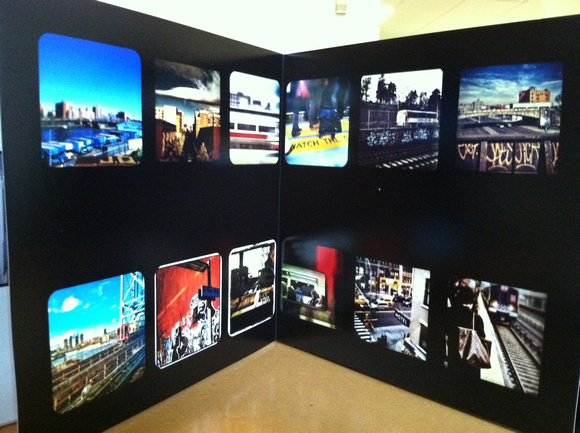